North Pole Radio News
Taking No Chances with the Reindeer

Taking no chances with the reindeer, the North Pole Reindeer Operations Department announced today that Santa’s A-team will go into isolation. 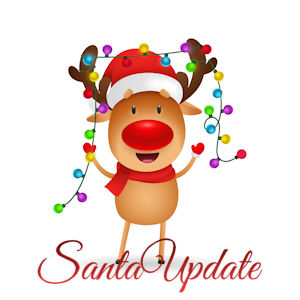 Late yesterday it was reported that Blitzen “has a little cold”. His condition is not serious and they expect a full recovery before Christmas. Blitzen should be fine.

But out of an abundance of caution they have taken Santa’s main team out of circulation in the Reindeer population and have isolated them at Santa’s Stables.

“We just want to keep everyone healthy,” explained Elf Victor, head of Reindeer Operations at the North Pole. “There is no need to take any chances at this point. Christmas is two weeks away and we don’t want a slip up with things right now. Santa has plenty of reindeer and we are doing all we can to keep them all healthy.”

There are other items of a reindeer nature to report today as well.

Elf Crash Murphy is out on the test flight of Santa’s sleigh over Greenland and he is testing a new system to deal with, um, things that smell.

You can hear that report from North Pole Radio News in the player below.

Blitzen Has a Cold

2 Weeks Until Christmas
Scroll to top