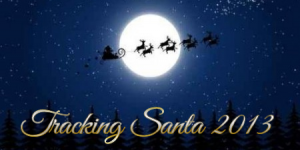 A great debate has erupted at the North Pole and every elf here is engaged in it.

Did Santa just deliver coal to North Korea? That is the big debate right now and it has elves here questioning what this means for Santa’s flight tonight.

Officially, as Santa’s goodwill ambassador, I would tell you that Santa would never authorize the delivery of coal to an entire country. He just doesn’t do that kind of thing.

But some in Santa’s workshop are not so sure.

Elf Archie, working a skateboard production line, was heard at lunch today saying that this was done on purpose. “Have you been to North Korea?” he asked another elf. “They don’t let people there have Christmas trees, they cannot sing “Frosty” or “Here Comes Santa Claus”, there are no Christmas lights and they cannot even hang their stockings. Of course Santa sent someone coal there. Why wouldn’t he?”

Now that it has happened a lot of people are asking what North Korea will do with all that coal. “We won’t be going back for it,” said Elf Quinton, “if that’s your question. It is usable stuff. I understand things are quite cold in North Korea. Maybe they could use the stuff to make a few people warm today.”

Over on Kringle Radio a while ago Elf Red Stocking discussed the incident in Korea with two experts on Santa’s sleigh flight. Click the image below to listen: