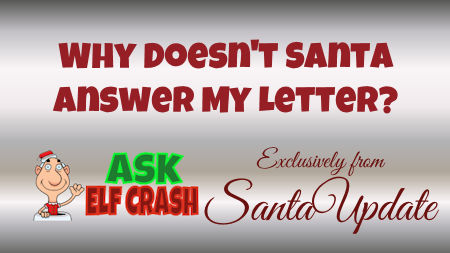 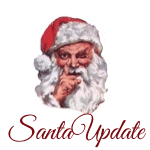 Hi all, lots of breaking news for you today!

Update on Donner: Donner remains in isolation at the Reindeer Barn today and supervisors in the Reindeer Department say that he has not yet tried to walk. There is some swelling that they are concerned about and they don’t want Donner walking too soon. Santa did call again this morning to check on Donner’s status.

Update on Santa’s Sleigh: Santa’s sleigh has been cleared for test flights. The first flight took off from the North Pole this morning and will be in South America for the next few days.

News from the Tracking Department: The countdown to Christmas continues but the tally of Santa Tracker elves still sits well short of the goal of 20 million that Santa announced last summer. Elf Roger Star, International Director of Tracker Elves, has stated they are working on the problem of getting more elves. He has reminded me to ask you, our readers, if you have not already done so to please go sign up as elves at SantaTrackers.net if you want to help track Santa for Santa.

There’s a lot going on, folks! I hope you can keep up!

Donner Injured at the Reindeer Games